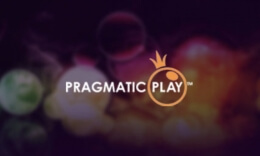 Pragmatic Play is one of the most popular developers of casino games in the world today. It has built a good reputation for its slots, table games, and live dealer titles. It has now announced a major move into the South African market.

This is through a partnership with CDP Gambling Technologies. A variety of different Pragmatic games will be going live in South Africa through the Yesplay brand.

Details of the agreement

The first type of games that will be releasing with be Pragmatic’s live dealer suite. This will happen almost straight away, with slots and virtual sports offering then coming in the not-so-distant future.

The live casino offering has been growing in popularity in recent times. It creates an immersive playing experience, with a variety of different roulette, blackjack, and baccarat games to be played. Every month, the developer also commits to release as many as five new slot games, as well as rolling out other types of casino games.

This deal with Pragmatic Paly is the latest for CPD as it looks to gain more connections with esteemed game developers across the globe.

Reaction to the deal

In the announcement of the partnership, representatives from both parties expressed their delight. The business development manager for Pragmatic Play’s business in Africa spoke about how gaming enthusiasts in South Africa would now be able to get access to the innovative and award-winning selection of games.

Co-owner and director of CDP Gaming Technologies Tebogo Makamo also welcomed the deal. He spoke about the exciting times ahead for the two companies. With a lot of growth expected in the coming years for the African online gambling market, relationships such as this one are going to be key.

More and more of the best developers in the world will start to strike similar deals and get exposed to the South African market, as well as other countries in the region.