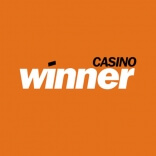 Winner Casino has something special for its players. The Daily Drop and Win Promotion is something you definitely should give a try. The promotion will be running through for the next four weeks and cash prizes of up to €250,000 are available for the winning players from South Africa. This promotion works in two phases: the daily cash drops and the weekly wins.

Registered players from South Africa can enjoy spinning qualifying games and stand a chance to win weekly cash prizes worth €30,000. As one climbs through the ladder, the probability of winning the biggest prize increases. Under this ongoing promotion, the daily prize money amounts to €4,643 available in 80 cash prize giveaways. Keep in mind that the qualifying slot games can only be enjoyed on specific days. So we highly recommend that you check the site for a complete explanation of what games to play on specific days.

This week, Winner Casino is running its Week 14. This promotion will extend until the 22nd of April on Wednesday at 23:59 CEST.

Some of the games featured in the promotion are:

Players compete for €30,000 during the Weekly Tournament for the qualifying games. Whereas for the daily drop there’s €4,640 that will be up for grabs. The highest winning single spin normally determines the player’s position on the Weekly Tournament as there’s no combination of wins. Keep in mind that the system will not add all your wins- the single biggest win is used as the basis of your rank. to improve your placement, you can always play more to climb the leaderboard.

To join, you need to play the participating games from until the 22nd of April, 22:59. To qualify for the promotion, just open a qualifying game. This will give the player access to the leader board. By making a bet in one of the qualifying games, you get access to the Weekly or Daily Drop Tournament.

The Weekly payouts range from € 20 to € 5,000. The rank determines the cash prize amount.  In case you win in the race, the Customer Support will send you a message informing you about your winnings. For the prizes under the Weekly Tournament, your cash prize is credited within 72 hours. For the Daily Drops, the prize is also credited within 72 hours on your registered account.

Keep in mind that Winner Casino also lists down a few exemptions. For example, winning players need to respond promptly to notifications within two weeks. Failure to respond to the communication will invalidate the offer. Furthermore, the operator retains the right to withhold payment.