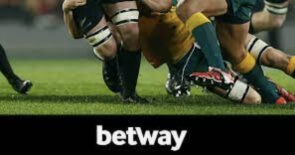 Leading online gambling operator Betway has struck a commercial partnership with South African Rugby, which governs rugby union in the nation. This is a three-year deal and it will see Betway becoming an associate partner of the South Africa national team, as well as SA Rugby as a whole. This means that Betway logos will be appearing on the shorts of players in games. It will also be seen around the home venues in South Africa both inside and outside of the stadium.

Betway referred to the rich history of success that South Africa has in the world of rugby as a key reason why it struck this deal. Betway is excited to work with South Africa rugby to bring something new to the table and help to grow the exposure for rugby across the nation.

South Africa Rugby also welcomed this new deal. They are looking forward to the new initiatives that will be taking place outside of the rugby pitch. Therefore, both parties have a lot to look forward to going forward.

Betway has plenty of similar deals in place with sports teams and organizations across the world. One of its other deals in recent times was with VfB Stuttgart, a leading soccer club in Germany.