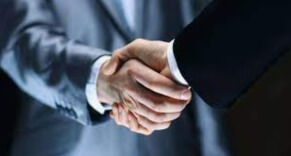 Two of the biggest developers of online casino games in the world are eyeing up the African market. pragmatic Play and Yggdrasil Gaming have long been two of the very best producers of casino games. They have both partnered up with Intelligent Gaming in order to expand into the African market, most notably in South Africa.

The African gambling market has long been a target for those involved in the online casino space. The market and demand are growing rapidly each and every year, as people get better access to the internet, a youthful population, and increasing GDP levels. Sports betting is still the clear favorite among gamblers in the region, but casino games are gaining momentum.

Intelligent Gaming is currently one of the biggest suppliers of games in the South African gaming market. It now has the ability to distribute games from both Yggdrasil Gaming and Pragmatic Play as a result of its new partnerships with the two companies.

Both companies have a whole host of world-renowned games under their umbrellas. The main focus for Yggdrasil Gaming has traditionally been slots games. Some of its most standout slots games include Age of Asgard, Beauty and the Beast, and Easter Island. It has hundreds of different games available. Pragmatic Play takes a more wide-ranging approach, producing everything from slots games to table games, and live dealer titles.

South Africa is one of the most obvious starting points for online casino companies to focus on. It currently is the biggest gambling market in Africa, as well as being a country with the third-biggest GDP on the continent.

About 24% of the total gambling revenue currently comes from sports betting. However, people are getting more and more exposure to online casino games. As people have more and more disposable income in the region, as well as the ability to access 3G and 4G internet networks, it has never been easier to use one of these online casino platforms.