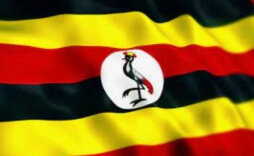 Politicians in Uganda are considering the possibility of introducing a ban on sports betting during daylight hours. This proposal specifically comes from the country’s Committee on Finance. It would see no sports betting taking place outside of the hours of between 5pm and 2am.

It was Kabula County MP Enos Asiimwe who introduced this proposal a few days ago during a Lotteries and Gaming Regulatory Board meeting.

He believes that by reducing such a restriction that young people would become more productive instead of engaging in sports betting during the day. The political also is proposing further changes to betting regulations.

A certain level of support

There has been some support from a variety of groups and other lawmakers for introducing a daytime ban on sports betting. There is another measure that is also gaining momentum in the country. This would see the introduction of an electronic monitoring system in Uganda.

The idea of having such a system would be to protect players, drop levels of underage gambling, as well as fight against the prevalence of black market gambling operators.

The idea is that by slashing the levels of illegal gambling that this would have a knock-on effect of increasing tax revenue for the state. It would also help to improve anti-money laundering measures and help prevent terrorism financing.

While the aim of the new proposal to prohibit sports betting during daylight hours has a good intention, there is one glaring issue that it presents. A large portion of betting in Uganda comes through online sportsbooks, with estimates that over 60% of all betting activity goes through the internet. Therefore, it would be extremely hard to police such a curtailment and it could also have a negative impact on the likes of casinos.

Whatever the case might be, lawmakers from all across Africa will be closely watching the progress of this proposal. Gambling revenues are now becoming more and more important for many governments, especially as online betting is exploding in popularity. Many lawmakers will be watching to see what sort of impact different types of measure sans restrictions might have on the tax revenue levels.