The South African online casino industry is booming. Along with other forms of online gambling, and millions of South Africans gamble online every week.

But this increase in gambling activity has led to a renewed focus on important issues around gambling. This includes the tax status of any winnings that a player gains from gambling online. Should these profits be taxed and if so, how is the tax to be collected? The situation is not straightforward, so we’ve put together a brief guide covering the main issues. 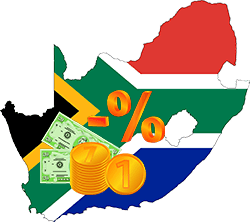 When it comes to treating gambling winnings as taxable, there are two relevant, and contradictory, pieces of law that are often cited.

The first was the case of Graham v Green, dating from 1925, which stated that a gambler’s winnings were not to be considered as profits or gains, as a bookmaker’s earnings were. The latter could be taxed, but the former, since they were not the result of organised activity, were not liable to be taxed. On the other hand, the case of Morrison v CIR, found that a gambler who carried on regular betting activities, was liable to pay tax on his winnings.

The Morrison case made the situation even more complicated. It also indicated that the issue of whether gambling proceeds could be taxed should be decided case by case.

How it works in practice

In reality, the South African Revenue Service (SARS) does not tax gamblers who bet for entertainment. They do seek to levy tax on the profits of gamblers who are organised and successful enough that their gambling could be considered a regular means of income. The argument appears to be that if you bet regularly, it is not a leisure activity. Like a vocation, and so any profits can be taxed, though this also means losses can be allowed.

For a small group of people, including those who work in the betting or gambling industry, or in sports that are regularly the subject of gambling, any winnings they gain can be taxed, as it is considered that those profits arose as a result of their work.

So what about South Africans who gamble online? The good news is that if you are an ordinary punter. That is, if your gambling does not constitute a regular form of income, you will not have to pay tax on any winnings. This will be the case whether you bet on the lotto, horse races, sports or casino games. It applies to all forms of taxation, including capital gains tax, though there is an important caveat.

In theory, winnings obtained through foreign gambling or illegal gambling in South Africa, could be liable to capital gains tax. This is particularly relevant for online casino players, who are often forced to use foreign-based casino sites, due to the uncertain legal status of South African online casinos. If you are in doubt about your requirement to pay tax, it could be worth speaking to a legal or tax professional on an informal basis.

The South African government has at various times adopted an inconsistent approach to online gambling and the associated tax issue. There are examples of ministers and officials indicating that tax should be paid on their winnings by all gamblers. It does not matter whatever their level of experience or profit, whether you are a lucky lottery winner or a successful sports gambler.

Such possibilities are obviously alarming for South African online gamblers. There remain some significant practical obstacles to any attempt at taxing such winnings. For a start, if winnings can be taxed, as with the profits of bookmakers and casinos, can losses be used to offset the winnings for tax purposes? As many online gamblers will tell you, they may profit one day and lose the next, so in theory they should be allowed to deduct any losses from any profits. This before a final tax amount is calculated; a process that could be extremely complicated.

More fundamentally, it is not clear how a tax on online gambling winnings would even be collected or at what stage of the gambling transaction the tax would apply. Ultimately, resolving the tax issue is simply part of the wider problem of the status and legality of online gambling. Any attempt by a government to address the former will need to resolve the latter, so that South African online gamblers can know exactly where they stand.